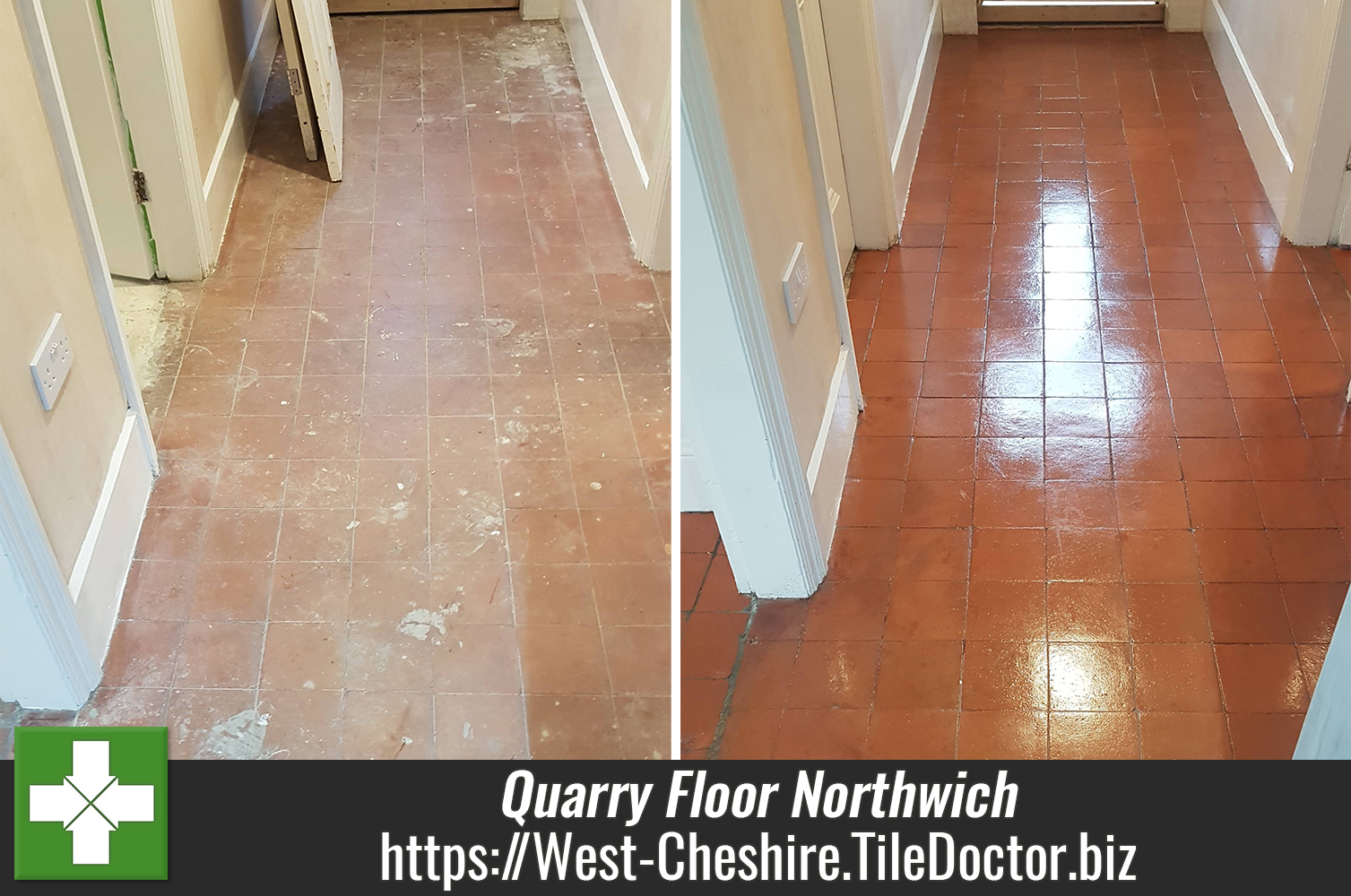 The client from Northwich got in touch regarding their Quarry tiled floor which ran throughout the ground floor and was in a bit of a sorry mess after renovations. Clearly in need of some attention it required a deep clean and new sealer to restore the colour and its general appearance.

I went over to do a site visit and discovered that although the location was rather idyllic it was going to present a challenge due to its location; this former lock-keepers cottage on the River Weaver had no vehicle access to it. The nearest road was a quarter of a mile away across two narrow footbridges and then a towpath. In the end I worked out the best way to get our equipment to the cottage would be in two wheelbarrows!

None the less, were always up for a challenge so after survey the floor I worked out a price for the work which would take two days. Happy with my quote we agreed a date for the work to commence and I organised the wheelbarrows.

We loaded up the wheelbarrows on the first day and set off across the footbridges to the cottage. We must have looked a little odd doing this as we got a few funny looks on the way. I guess with Tile Doctor you never know what the next job will be, but the effort was appreciated by the owner who had a nice coffee waiting when we arrived at the front door.

We gave the floors a good brush removing the builders rubbish and plaster and then working in sections sprayed the Quarry tiles with a strong dilution of Tile Doctor Remove and Go. This product is a multipurpose alkaline stripper/cleaner specifically designed for use on tile and stone. It was left to dwell and soak into the dirt for twenty minutes before being mechanically scrubbed into the the tiles using a buffing machine fitted with a black stripping pad running at slow speed. This removed the dirt, plaster dust and traces of old red tile paint from the tiles. The slurry generated was then removed using an industrial wet vacuum.

After the initial clean the floor was inspected and any stubborn areas were retreated using a repeat of the cleaning process, hand scrubbing where needed. Finally, the floor was given an acid wash with a dilution of Tile Doctor Grout Clean-Up to help further clean-up the tiles and neutralise any salts in tile which can be a problem on old floors like this that do not have a damp proof membrane. The floor was then left to dry over night before returning the next morning.

The next day we returned and started by testing the floors with a damp meter to make sure the floor was dry and ready to seal; if the floor is damp the sealer will not cure properly and can result and in a patchy appearance.

The sealer which we selected to use on this floor was Tile Doctor Seal and Go Extra which is a breathable low sheen sealer which will allow any moisture in the sub floor to rise unimpeded up through the tile and not become trapped underneath where it can spread to the walls and lead to rising damp.

After a few coats, the floor looked transformed, and our client was over the moon with their restored original floor which was a great period feature. Cleaning up took a short while as we had to transport all our equipment back in the wheelbarrows, but we took a moment to admire the lovely view on the way out. 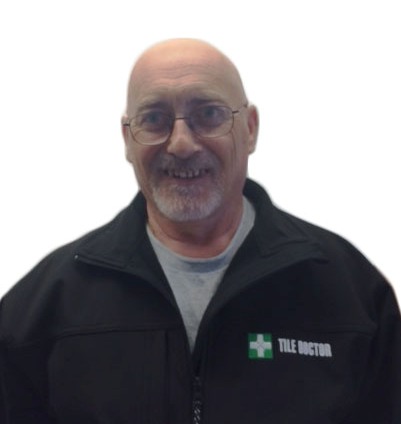